On 17th June 2021, the first USTC scientific culture salon was held by Science Communication and Research Center, Chinese Academy of Sciences (SCRC-CAS). Academician PAN Jianwei was invited as the speaker in topic of  The New Quantum Revolution. Many researchers and experts in different fields joined this salon and commnuicated with PAN. 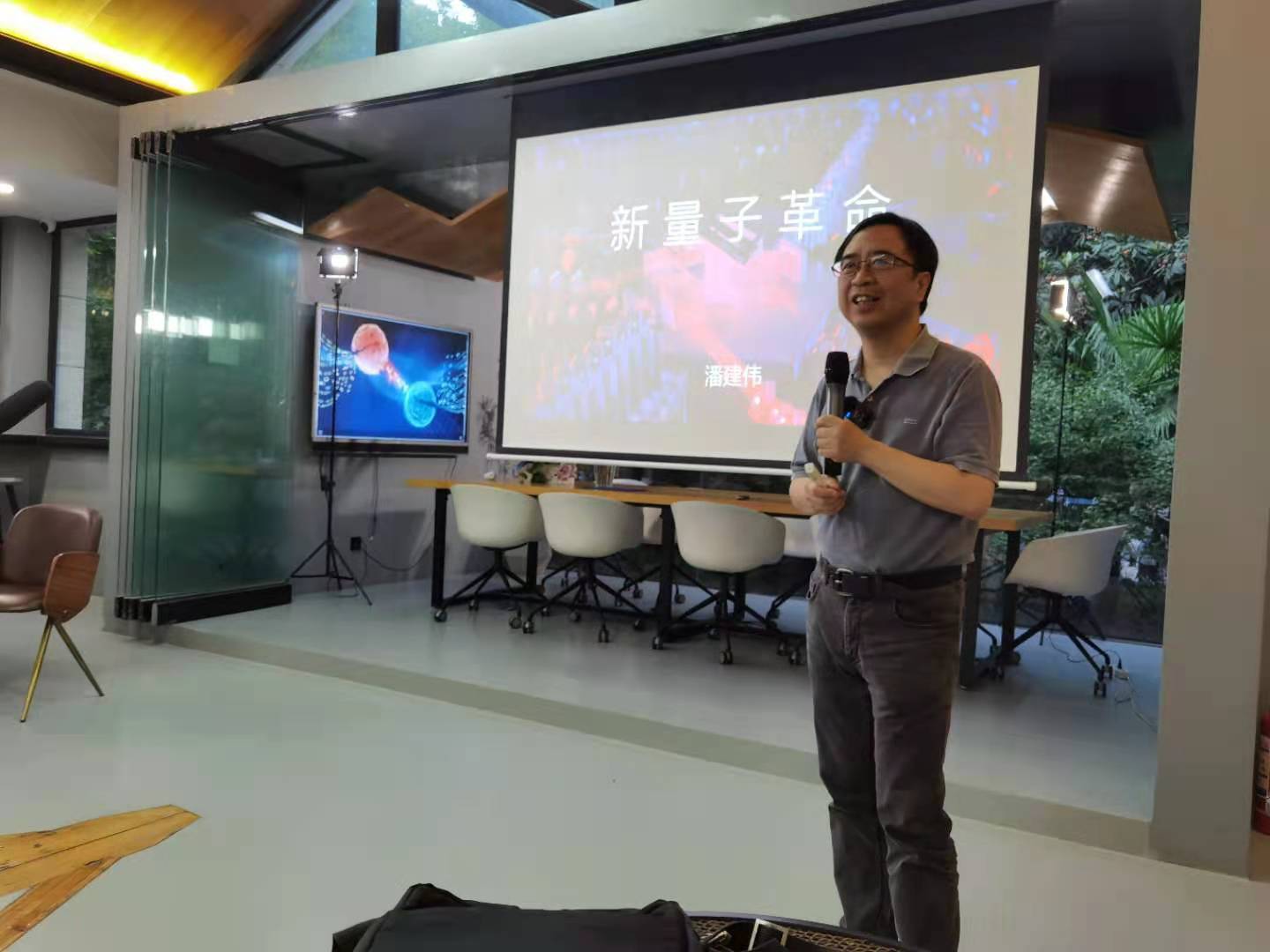 As is known, Quantum Science, as one of the emerging science fields with cutting-edge technology, has become a hot topic in recent years. However, there are limited researchers focusing on this currently.

Academician PAN Jianwei now has been regarded as one of the pioneers in quantum information experimental research globally,  and he weighed heavily in the world. He started his speech from the first scientific revolution period and shared his view that scientific revolution is closely connected with industrial reforms. As classical physics was trapped into the dilemma in line with the scientific development, quantum mechanics emerged with brand-new concepts. PAN introduced that currently China was leading the world in quantum communication technology research and application. He hoped that in the future an integrated wide-area quantum secure communication system could be constructed by our national scientists, achieving the seamless connection with classical communication network.