On July 23th, 2021, HE Sheng, the director of State Key Laboratory of Brain and Cognitive Science, Institute of Biophysics, Chinese Academy of Sciences (CAS), delivered a speech on consciousness research, including the sharing of cutting-edge theories in psychology globally. This lecture, combined with online and offline access, was held by Dept. Psychology as the first show for "Psychological Masters Sharing" series. All the seats were fully occupied by students and staff on the scene. 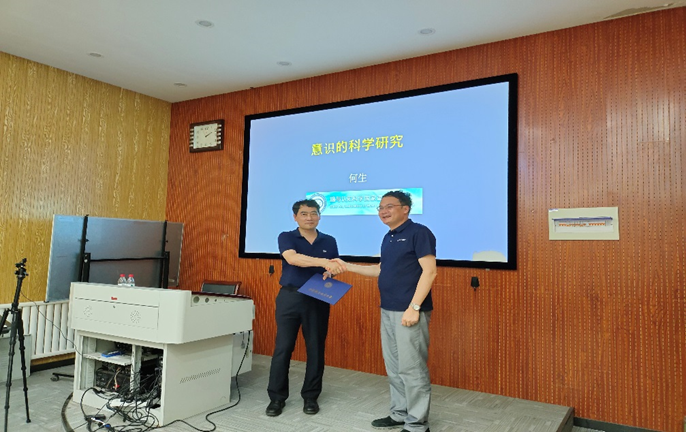 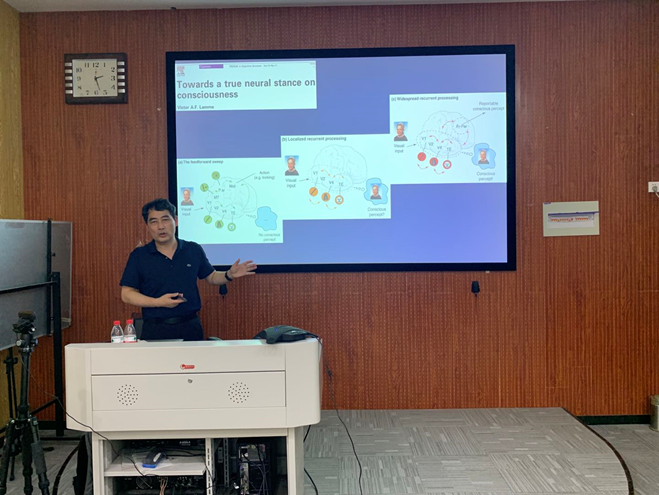 HE began his sharing from the significance of consciousness. He introduced the main content, protagonists as well as relevant achievements of consciousness to all the audience from the perspectives of its definition, dimensions, expressions as well as measurements. Also, he introduced the cutting-edge theories in psychology around the world, which enlightened the audience with warm applause. 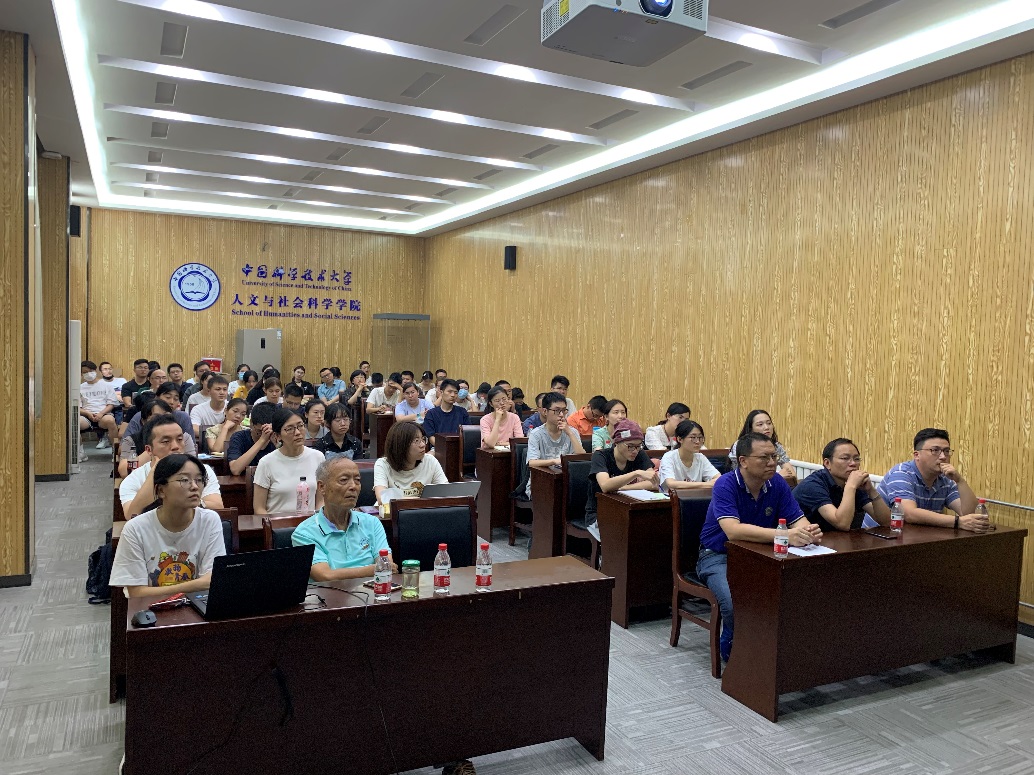 This lecture, as the first launch of "Psychological Masters Sharing" can be also regarded as a discovery journey of consciousness, during which Dept. Psychology may grow as a strong branch in the School of Humanities and Social Sciences.